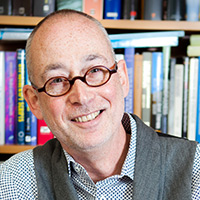 Antoine lived in the Middle East and Europe before settling in Australia where he has lived and worked since 1981. In 1989 he began working in Brisbane, primarily in the Fortitude Valley and New Farm areas. His work there has involvedestablishing welfare assistance schemes, emergency housing for homeless men and hospital and prison visitation. Antoine established Brisbane Hypnosis Clinic in New Farm in 1998 and has worked in counseling and therapy for more than 30 years. Antoine actively engages with people, both individually and in groups, helping develop strategies for dealing with life’s challenges. Leadership training, teaching, lecturing and public speaking have taken Antoine throughout Asia, Europe, Africa, the USA and Australia. He is a gifted communicator who speaks fluent French and has qualifications in theology, counselling and clinical hypnotherapy and he regularly trains other therapists in workshops and conferences.  Antoine is also the author of the Trancesolutions series of hypnosis CDs and MP3s many of which are available through iTunes.

Diploma of Clinical Hypnotherapy and NLP

Areas I specialise in

Types of therapies I offer