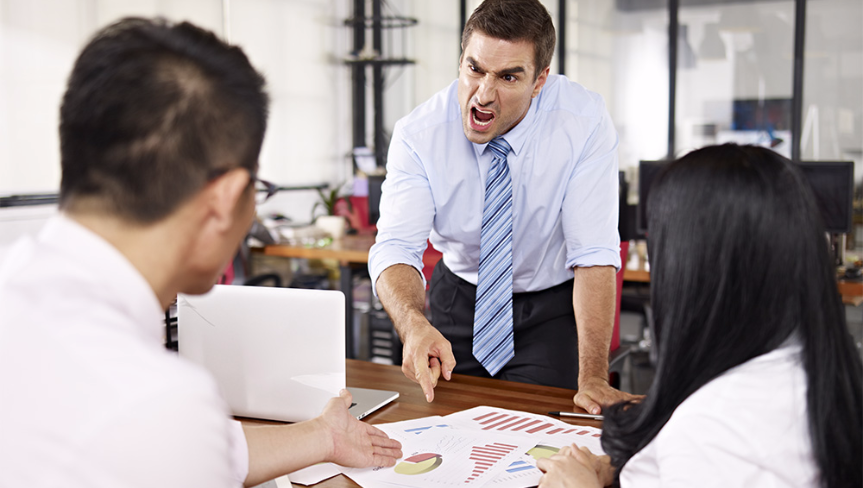 When Anger Becomes a Problem

All of us have moments of wanting to scream with anger from time to time. That’s normal. We are human after all.

Anger can be triggered by any number of things such as poorly-handled conflict, stress or maybe we feel an injustice has been done to us. It comes from our ‘fight-or-flight’ instinct that stems back to the days of early mankind. With so many potential dangers around us, we had to be alert at all times. As soon as we perceived any danger our bodies produced a surge of adrenaline and cortisol (the stress hormone) to help us respond urgently – to either run away fast or to stand and fight for survival.

While we are no longer likely to find a bear asleep in our cave, we have retained that instinct. So whenever we feel threatened in any way, our bodies still want to react with intense energy and emotion. Often that emotion comes out in the form of anger.

We express anger in many ways. Sometimes it is so strong it is easy to recognise in ourselves and others. But sometimes we can get quite creative and find more subtle ways of releasing our anger. Sometimes we don’t even realise we are doing it.

Anger is often expressed verbally or physically. Our voices get louder and louder until we start yelling and screaming. We might even throw things, thump our hands or slam doors. Our heart rate goes up and we can feel as though we have steam coming out of our ears. At the same time, our thoughts get locked on the problem confronting us and we block out anything else.

Anger in its own right is not a ‘bad’ emotion though. In some circumstances it can help us to stand up for ourselves and let others know if they are hurting us in some way. Whatever the cause, once we release our anger we normally start to calm down after a period of time.

Depending on the circumstances, it is often healthier for us to release our anger than to suppress it. Holding onto strong, negative emotions for long periods can be very detrimental to our health. It can cause heart and lung problems, interrupt sleep patterns and physical tension in our muscles can cause painful knots. Anger often also triggers or distorts other emotions like frustration and helplessness and may lead to depression and anxiety.

When we bottle up anger it becomes more intense and harder to manage, often growing out of proportion to the issue that triggered it. We become like a ticking time-bomb and run the risk of exploding at any time, affecting anyone and anything that happens to be around us at the time.

The term ‘passive aggression’ is often used to refer to stubborn or unreasonable behaviour, but it is more than that. It is an indirect expression of hostility though negative actions and attitudes. It can take many forms, such as ‘the silent treatment’ or carefully-worded, subtle attacks. This hostility is fuelled by strong feelings of anger or frustration that have not been effectively dealt with in other ways.

When we are unable to vent these emotions, they simmer underneath the surface and colour how we see the world, even if we aren’t fully conscious of them. When we feel powerless or restricted we can use passive aggression (consciously or unconsciously) to try and manipulate the situation and re-gain some sort of control. Even if our actions are deliberate, we portray ourselves as innocent and blameless. We are unlikely to take responsibility or apologise for them either.

All of us have used passive aggression at some point; however, some of us have become masters of it.

Everyone has their own beliefs regarding how much anger is ‘acceptable’, but there does come a point when it is totally inappropriate and some form of intervention is needed.

Signs that the angry behaviour is out of control include when it:

If you are the one struggling to manage your anger, there are many effective strategies you can try. Often, the best use of anger is to redirect your energy towards something more positive – ideally towards solving the original problem. Releasing your tension through activities like sport, creative pursuits, massage or guided relaxation can make a big difference.

If you know someone with an anger problem, it may help to try to talk to them calmly and without judgement. Let them know that you are willing to listen to them and to cooperate with them. If they are not willing to engage with you in a positive way, it can be better for you to ignore them or walk away.

Sometimes, the situation can be too overwhelming to deal with on your own. If you are in that situation, it is quite ok to seek help from others. This could be your employer or Human Relations staff. If you feel you have been wrongly treated, you may want to seek legal advice.

Professional counsellors offer the chance for you to talk through your concerns with someone unbiased in a neutral environment. They can help you reflect on the possible causes of the situation and find ways to either resolve it or find more positive ways to work around it.

It’s important to remember that anger is a natural emotion, but it doesn’t have to take hold of your life.